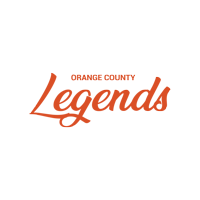 The Orange County Legends were created in 2019 as a part of the Legends Baseball Club.

Building on their initial success, the OC Legends look to establish themselves as a perennial powerhouse in the Sunset Baseball League.

As part of the Legends Baseball Club, the OC Legends aim to serve college baseball players of the community with a first-class collegiate summer baseball experience.

Note: There aren’t complete pitching stats available for this story

Trailing by one run in the bottom of the seventh inning, the Quakes Baseball Academy scored four in the seventh and one in the eighth to defeat the Orange County Legends, 8-5, in Tuesday’s Sunset League playoff opener.

Kevin Fedoruk singled, doubled and drove in a run for the Quakes.

Ben Rutkin singled, scored and had an RBI, and Niko Santamaria singled and scored.

Ethan Wolf had an RBI single and Joey Wright walked, singled and scored.

Rowan Schneider singled, scored twice and drove in a pair of runs.

Offensively for the Legends, Seth Nelson walked, singled, doubled and had one RBI.

Sergio Alfaro went 2-for-4 and scored.

Eric Burckle had an RBI single.

Joe Mauser singled and drove in a run.

Adam Yamashita singled, scored and drove in a run.

Up next: The Quakes meet up with the second-seeded Field Rats on Wednesday afternoon at Cypress College.

** The winner of game 6 and 7 will meet up this weekend in a best-of-three game series for the Sunset League championship.

The Legends got three runs on three hits off Anthony Tec.

Claudio Corrales got roughed up for five runs on seven hits in his seven innings of work.

He walked three and struck out five.

Seth Nelson singled, doubled, drove in a run and scored.

Matthew Olivares had an RBI single and Cairo Barba singled and scored.

Howard allowed one run on two hits and four walks.

Delvan Gomez walked, tripled and had an RBI.

Greg Pavon had an RBI double.